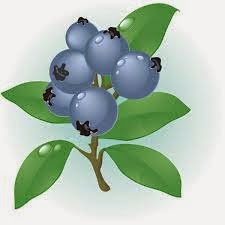 In a saucepan combine ½ cup of the blueberries, the sugar, ¾ cup water, salt and cinnamon. Bring to a boil and simmer 10 minutes or so until the blueberries have broken down.

While the sauce cooks, make a past of 3 Tbsp cornstarch and the 2 Tbsp of water.

When the blueberry sauce has turned dark purple and most of the berries have broken down, add the cornstarch past slowly, stirring all the while. The sauce liquid will appear cloudy at first. Cook, stirring, until the cloudiness disappears and the sauce is glossy.

Cool the sauce. Fold in the remaining berries, then refrigerate until time to serve. Turn the filling into the pre-baked pie crust, and serve with ice cream or whipped cream.