Yes, she really does.

Shakespeare's birthday is fast approaching and so is the release date of Volume 3 in the What Would Madame Defarge Knit series:  Defarge Does Shakespeare.

The book is not only for crafters.  While it includes knitting and crochet patterns, it also features personal essays on Shakespeare's plays and poetry written by the designers.  There are black and white illustrations as well as full-color photos of all the projects.


See all the patterns in Defarge Does Shakespeare.

If you are on ravelry please go favorite any or all of the 29  Defarge Does Shakespeare patterns. 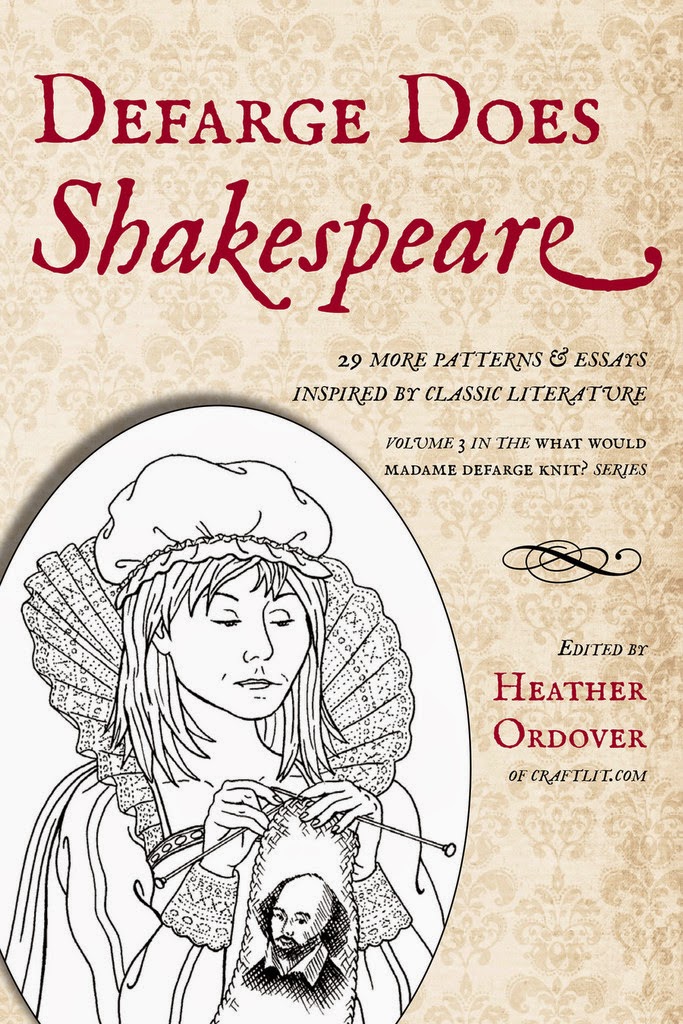 I have two patterns in the book, one comic and one glamorous, because none of us is all just one thing, not even Tamora, Queen of the Goths.  Although those who know me would definitely peg me as more silly than slinky, I do enjoy a little bling now and again.  I'll be posting about both patterns, as well as some other highlights in the book, later this week.